Due to the falling demand for power and gas equipment, Siemens decided to reduce the production of turbines and cut nearly 7,000 jobs around the world. In many countries, the era of large turbines is over, giving way to the local and low-scale energy.

“It is not the first year that the trend of falling demand for the large turbines is observed,” says Alexander Raksha, Junior Partner of “NEO Center” JSC. “The contracts for turbines are entered in advance, so probably the factories have already fulfilled the signed contracts, and there are no new ones,” he adds.

“We see a major change of the market, the demand is changing from traditional towards renewable energy, and this requires changes,” said CEO of Siemens Joe Kaeser.

“The explosive growth of investments in renewable energy source and energy efficiency over the past 10 years, whose share is now approaching 18% and 14% respectively, is starting to affect the structure of energy consumption,” says Alexey Zhikharev, Director of electric energy of VYGON Consulting.

The energy sector is becoming more decentralized in developed economies, a clear line between consumption and generation of energy is being erased—the same enterprise or household can simultaneously consume and generate energy due to installed wind generators, micro thermal electricity stations and solar panels. 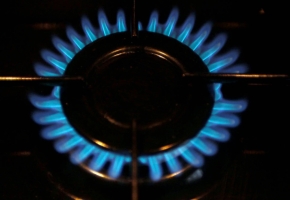